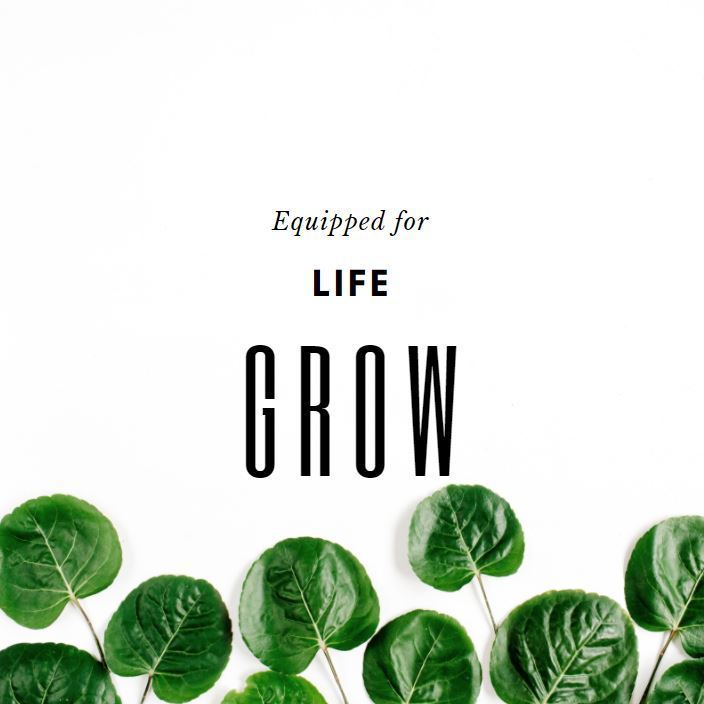 At Equip Church International we believe that becoming a Christian is the most important thing a person can do during their life. Being a Christian does not mean joining a church, ticking a box on the census or living a good life – though all of those things are good. Rather it means becoming a follower of Jesus Christ and determining to love him and serve him. It means to give ownership of your life to Him. In return the bible promises us eternal life in heaven, abundant life on earth and a vibrant, life-giving relationship with the God who created us.Jesus Christ is the centre point of our faith. We believe that he was fully God but became one of us 2000 years ago when he was born to the earth to a virgin named Mary in a stable in Bethlehem. He lived the most profound life, claiming to be the Son of God and backing up those claims with many miracles and teachings. He showed us by his example what the Kingdom of God should look like. He reached out to lepers, the poor and oppressed and bought healing and freedom to people. He even raised the dead. The life, teachings and miracles of Jesus are a historical fact recorded as such by even those who refuted his claims to be God.

However his most significant act was to give up his life. He was crucified on a cross – a Roman torture rack – in a death that historians say is the most gruesome way that humans have created to die. It involved hours, sometimes days of suffering and humiliation with the ultimate death often coming from pain-induced suffocation. Jesus allowed himself to be subject to this death despite having done nothing to deserve it. It was a punishment reserved for murderers and thieves, and indeed when Jesus was crucified he was hung between two thieves. However of greatest significance is not how Jesus died but why.

The bible tells us that God is perfect and that every human has fallen short of his standards. We call this shortfall sin. Because of our sin our ultimate fate is death. Not just physical death but eternal separation from God. Rather than being an act of penal judgment, it is God’s response to our decision to turn our backs on him. Our society is increasingly squeezing out God from our world. We want to be our own kings and follow our own hearts for our own purposes. We shun a god who has a plan for us that may be different to ours and we slam the door on the principles for living that he has outlined in the bible. It is a natural extension that having chosen to live without God during our earthly days that we should be permitted to do the same in eternity.

However we were not created for life without God but with him. By laying down his life, Jesus became our “stand-in”, taking the death that we deserved before a holy and perfect God. He experienced the pain of absolute separation from God so that we don’t need to. Because he was perfect and did not sin, he alone was able to die on our behalf to void the death sentence that was ours because of our sin. Jesus died in our place.

But furthermore, Jesus rose from the grave two days after he was buried. While some dispute this truth it was certainly not disputed by those who followed him most closely, his disciples. They spent the rest of their lives telling the world about the significance of his death and resurrection and how we should live in light of that. All but one of them gave their lives as martyrs for this message giving strength to the truth of what they shared…and the one survived an attempt on his life of being boiled in oil!! Jesus’ resurrection proved that he had power over death and sin and gives Christians the world over the faith to believe that they are ‘saved’.

However the greatest evidence of Jesus life, death and resurrection is found in the lives of his followers today. Faith in Jesus inspires hope, peace, forgiveness and joy in people. Followers of Jesus have changed the world establishing schools, hospitals and community works as a modern day expression of the work Jesus did when he walked the earth. Many people report unfathomable miracles of healing and provision that can only be explained by the existence and power of God. When we give our lives to Him and follow in His plans, we finally align ourselves with the reason for our existence and we find peace, fulfilment and purpose.

To become a Christian is very simple. Romans 10:9 says that if we confess with our mouths that Jesus is Lord and believe in our hearts that God raised Him from the dead that we will be saved. What that means is that we need to:

You can express these things by praying the following prayer:

Dear Heavenly Father, I acknowledge that I am a sinner and have lived less than the life that you have purposed for me and for this I am sorry. I thank you for Jesus and that his death and resurrection means that I can be forgiven and have relationship with You. I declare that from this day forward that Jesus is my Lord and I submit myself to His leadership and plan for my life. In Jesus name, Amen.

Have you prayed this for the first time? If so, then welcome to the family! The bible says that every follower of Jesus across the world is part of his family so you now have billions of new brothers and sisters. We would love to help you with the next steps of being a follower of Jesus and to connect you to a church that will help you develop your faith and to live according to this commitment that you have just made. Just contact us and tell us you have just become a Christian and we will be in touch with you really soon.